Balance and Stability When Blocking 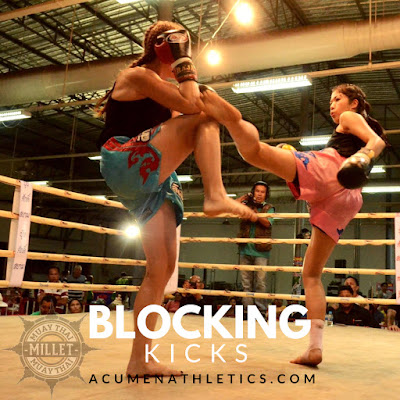 Muay Thai die-hards are taught to block oncoming kicks with our shin. But if you take a look at the rules from the popular governing bodies here in NJ, NY, or PA (WKA, ABC, USMTA, etc...) there is no specification for what a block against kicks should look like.

The rules state only that a no score is, "Muay Thai weapons strike on the opponent’s arm(s) or leg(s) as his self-defense techniques." Which means blocks against kicks can vary among promotions and judges.

When I first started Muay Thai, I was taught that when you block kicks, you must show stability and balance with not just your blocking leg, but your whole body. Lifting your leg up against a kick and losing balance will convince the judges that your opponent threw a powerful kick and they will put that towards scoring. 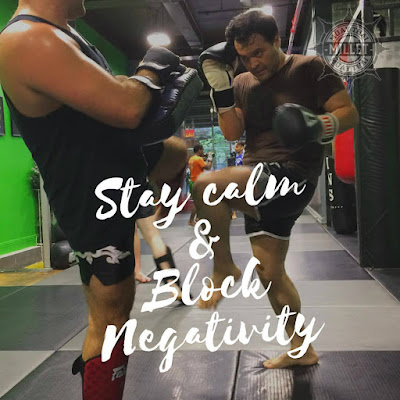 The Association of Boxing Commissions (ABC) has a good description about this in their Muay Thai guideline. They striker scores a minor point if they're able to off-balance their opponent's defense:

If a technique strikes the opponent's arms or shin, then generally the technique doesn't score. However, there are exceptions. For example, if a kick makes contact with a fighter's arm and physically moves the person being kicked or causes them to lose balance, solely due to the kick's power, that kick would score; although not as high as a kick that had the same effect but cleanly made contact with the body.

If you're training for a fight, it's important to learn the rules and point system from the promotion you're fighting under and train accordingly. Regardless of the promotion or governing body, it's always good practice to make sure you're blocking leg is fixed and you demonstrate balance and stability against the kicker in your training camp.

Just blocking your opponent's kicks isn't enough. Blocking and evading without firing back can cause you the "L" in a split decision. This is a good reminder that if you block with your shin, arm, or take a kick to the head or body, you should always maintain balance so that you're able to fire back with a significant strike so that you at the least even out or one up against your opponent.

Get a feel for keeping your core engaged when blocking kicks.
Want to improve your kick defense? Then you have to practice with a live partner. That's the only way to get better at blocking kicks. There is room for improvement when you're training solo. This plank variation is so that you strengthen your mind muscle connection when you block kicks. Try these in your warm up, in between rounds, or add them as part of your finisher.