Positioning of a Brawl. Sangmanee vs Tanonchai 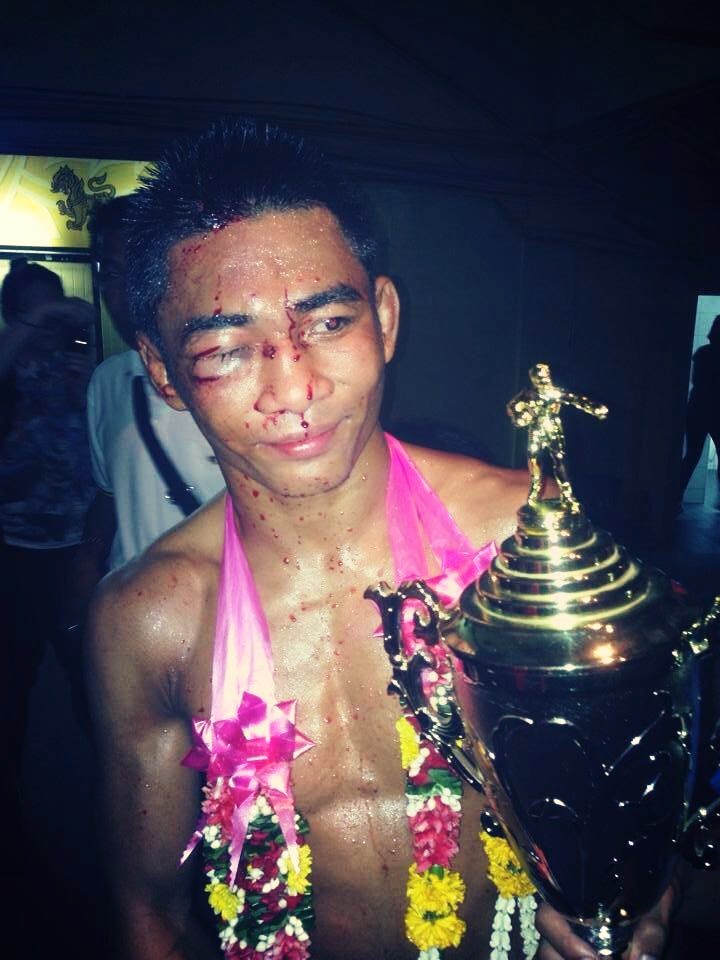 Why is there no use of angles in Muay Thai or Kickboxing?
Those are some of the most common questions I see on the sub forums in popular MMA message boards. The casual fan might think Muay Thai fighting or kickboxing are like a dick measuring contest, where fighters stand in place and trade shot for shot to see who will go down first. Muay thai isn't all about walking forward to your opponent and swinging for the fences.Well it sort of is but it's a little more complex than that sounds. 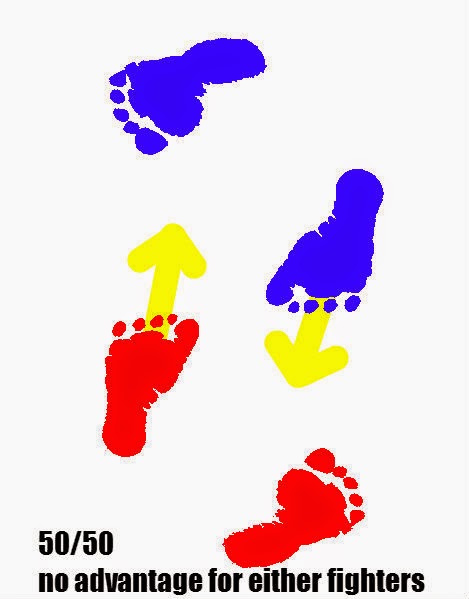 When George Saint Pierre got KOd by Matt Serra, he publicly swore never to brawl again. Claiming that brawling is stupid because it'll turn the fight into a 50/50 match. Meaning that both fighters will have a 50% chance of winning. Basically, the brawler will need a horseshoe up his ass in order to get the win. George seemed to forget that one can brawl and still be technical. 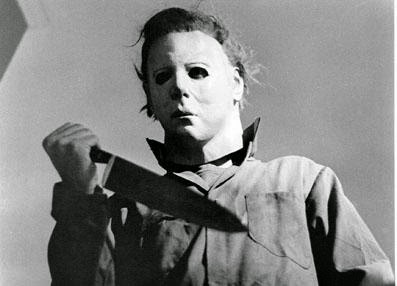 To most fight fans this video will look like Thanonchai (blue) walks towards Sangmanee (red) like Michael Myers walking towards a freshly pitched tent full of teenagers but, you must pay close attention to both of the fighters foot placement and positioning relative to their opponent's position.

In RD 2 Sangmanee (red) has his lead foot pointing towards Tanonchai (blue) center line. This foot positioning is one of the main reasons red was able to control blue's hand from defending, it also gave him a straight path to throw some powerful shots. Not taking too much comfort in this position, red exits the center position with hard low kicks as blue defends and tries to regain position.

Centerline & Exits
Red continues to control the centerline of his opponent with jabs and a hard elbow. Red circles out towards blue's power side, which is taught to beginners as a big no no but, there are a few exceptions to the rule. To list a few:

The majority of the round plays off the same. Red controlling blue's centerline. Peppering him with jabs and landing the occasional big elbow. Which leaves a mark and closes Tanonchai's eye.

Rd 3 seems to be more of a positional fight. The fight turns out to a battle of attrition since both men are fighting for centerline, but Tanonchai's (blue) aggressiveness and throwing kicks when red nears the rope is earning him the better end of the positioning and battle.

After the ref stops the action to check Tanonchai's cut, blue levels up! Blue dominates the centerline, checking red's kicks and answering back with his own knees and kicks. Blue also adjusts from the previous rounds on how red circled away from the ropes towards blue's power side. His solution, throw kicks/knees when red tries to escape.

Muay Thai scoring in Thailand is pretty hard to comprehend for a Westerner. It would seem like red was attacking more and effectively by cutting and swelling up blue's eye. Scoring is still a confusion for me but I want to say that Tanonchai's ring control and landing flush knees in the 4th round to Sangmanee's body was enough to convince the judges.

Closing thoughts
Muay Thai is a brutal sport and typically nak muays (boxer) aim for the KO. Winning by KO can gain them a hefty bonus from the promoter as well as an injection bonus from gamblers (part of the reasons why you'll see shot for shot fights. Which I'll explain in another post). The reason you don't see much or any bouncy boxer style of foot positioning and angles in muay Thai is because the majority of Thai boxers strategically brawl and use subtle foot positioning and angles to better their chances. That and after a few leg kicks you won't want to move much.

Both men showed tremendous heart and grits by really aiming to damage each other. After the fight it was all respect from both sides. That is the essence of fighting spirit.