The Check Hook to Head Kick. In this series, Boxing Hooks to Head Kicks, I will list commonly used boxing hooks that lead to head kicks in Muay Thai or Kickboxing fights.

Part 1
We analyze how Andy Souwer was able to score a knockdown against Ristie by using the check hook to set up the head kick.

Opposite hand, opposite leg.
A common phrase thrown around Kickboxing and Muay Thai gyms. When we walk, our  anatomical planes (3) work together to create a smooth flowing motion. Since evolution favors fighting and face shots (7), punching and kicking with the opposite sides work just as fluently as walking.

The Check Hook
Often called the side step hook or confused with the shovel hook (which is a mix between an uppercut & hook that travels at a 45 degree angle). For the sake of simplicity I'm going to refer to the check hook as an interrupting boxing counter used when you step back and land a hook against an opponent who's rushing in. Think matador spearing a rushing bull. The hook is timed to connect as your opponent misses and is tricked into a bad angle as you step back or pivot out.


Gustavo Pugliese has his student demonstrate the check hook with a switch in the stance. Personally I'm not a fan of this type and haven't seen it done in a Muay Thai match yet.

Roufus calls it sidestep hook. When I was taught the check hook, it was to be used as a counter/interrupter as an opponent moves in. The side step hook was the term for when an opponent wasn't moving in. Different styles and influences lead to different names. I'm not much for policing which is the right name or not, but for the sake of simplicity I'll refer to the defense version (opponent moving in) as the check hook.

A good example of the check hook in kickboxing is when technical brawler Andy Souwer(6) fought Andy "The Machine" Ristie(5). Similar to racing for pink slips, the loser of this match had to legally change their name "Andy" into what ever the winner wanted. Ristie is a lengthy fighter who favors switching stances and shifting/stepping across to land his long knees & loopy punches.


Angle + Power Arc
Souwer  uses the check hook as Ristie moves, the check hook puts Souwer in a superior position. Sorry for the crappy picture and kindergarten level photoshopping skills, but if you look at the pic below you can notice how Souwer's right side power arc (blue) is in great position to land, while Ristie's power arc (red) can not touch Souwer. Unless he throws some crazy spinning shit. 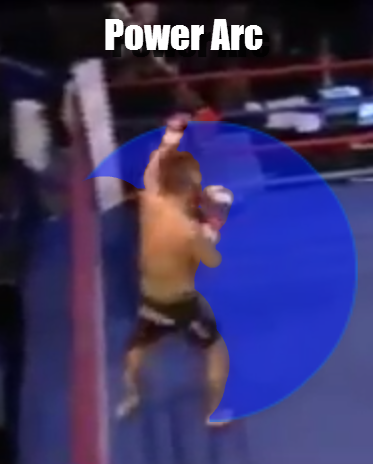 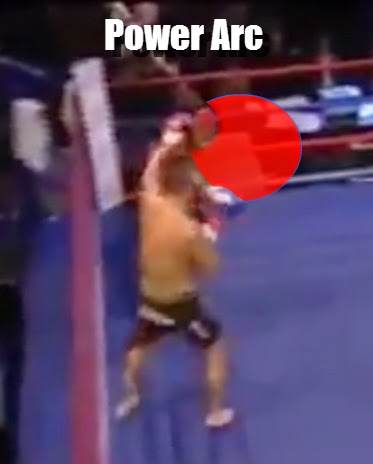 Using Their Forward Pressure Against Them.

Ristie, favors the southpaw stance and pushes Souwer to off balance, create space, and load up his power side.


when Ristie steps to push, Souwer uses the check hook. Which was nowhere near as powerful as Mayweather's.

Ristie is in bad position and must adjust to hit Souwer.

Ristie circles in to face his opponent but gets suckered into the direct path of Souwer's kick.

While Ristie was focusing on facing his opponent, Souwer's leg was able to travel in the power arc unnoticed. Was it because the leg was moving just outside of Risties peripheral view or was Ristie over zealous to get back in position to land a big bomb? We'll never know for sure unless Ristie himself talks about it, but stay tuned for the next post of Boxing hooks to Head Kick in which I'll go over the side step hook.

I received a comment on Facebook about the use of check hooks being applicable in Kickboxing but non existing in Muay Thai because check hooks & side step hooks lack power. I really admire and welcome any challenging comments or questions such as this and I will do my best to answer. Also, in future post of Boxing Hooks to Head Kicks, I'm going to include both Muay Thai and Kickboxing clips in hopes to clear up any confusion.

The sidestep hooks and check hooks are pretty common in Muay Thai. I've summarized Pakorn's use of side step hooks in Muay Thai Hand Control video and in the How to Knee a Puncher video + article, I've outlined Aikpracha's multiple use of the side step hook which lead him to tag Kraus in the face with a knee.

Seeoi vs PaedSaenLek. There's a KO here but not a head kick that was initiated off the check hook (Sorry). You can watch the check hook being used in the video below when Seeoi (red) backs up PaedSaenLek (blue) against the ropes. Blue also uses the side step hook, along with clubbing hooks to set up his elbows. Starts at about 4:20.